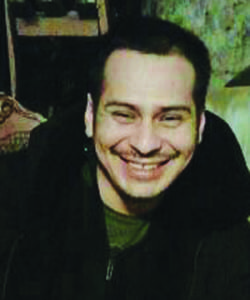 Milwaukee, WI – On Sunday, Nov 23, 2014, 34 year old José Peña was struck by a hit-and-run driver while crossing the street near the 400 block of W. National Ave. just after 2:00 a.m. Peña was taken to a hospital with traumatic head injuries and was put on life support.  Peña was taken off life support this past Monday November 24, 2014 in the evening.

The following day on Tuesday, November 25th, a 29-year-old Racine man was arrested in Laredo, Texas.  Apparently according to Milwaukee Police Department, he was trying to cross the border into Mexico.  The Racine suspect is currently awaiting extradition and is being held on a probation warrant.

“He is flying with the angels now, forever a guardian of ours. This man had the biggest heart and would do anything for anyone any day of the week. He was also an Organ Donor even on his last day here, he left still helping others. The biggest and most important thing in this world were his babies, that’s all he ever talked about” posted by Pena’s cousin Jesse on Facebook.

Peña is further survived by his 2 young daughters, mother, father and other relatives.

A fundraiser is being held to help Jose Peña’s family with the funereal expenses Saturday, December 6, 2013 at Little Whiskey 309 W. National Ave. from 12noon to 8pm.