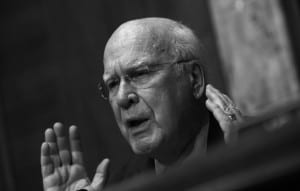 The Obama administration’s plan to keep military aid flowing to Egypt ran into significant opposition Tuesday as a key senator blocked the next batch of shipments and other lawmakers criticized the White House for not responding more forcefully to the military-led government’s crackdown on opposition groups.

Sen. Patrick J. Leahy (D-Vt.), the head of the panel that appropriates foreign aid, called the administration’s intended release of $650 million worth of military aid unconscionable in light of a recent wave of death sentences handed down by courts in Egypt after hasty mass trials.

“It is an appalling abuse of the justice system,” Leahysaid from the Senate floorTuesday morning. “It shows a dictatorship run amok.”His move set the stage for the first clash between the executive and legislative branches over the future of the annual $1.5 billion aid package Cairo has counted on for decades. If the senator does not release it, the Obama administration probably would face a series of legal and contractual quandaries as a result ofthe complex way the

“I think this is an important moment,” said Stephen McInerney, the executive director of the Project on Middle East Democracy, which has advocated for an overhaul of the Egyptian aid package. “It highlights just how troublesome events in Egypt have been as viewed from Washington.”Leahy’s announcement coincided with a visit by Egyptian Foreign Minister Nabil Fahmy to Washington and a hearing before a House foreign affairs panel during which members of Congress took the administration to task for attempting to keep the aid flowing.

Rep. Gerald E. Connolly (D-Va.) criticized the administration’s recent decision to move forward with the delivery of 10 Apache attack helicopters to Egypt. Connolly and other lawmakers noted the killing of hundreds of demonstrators and the death sentences imposed on 700 Egyptians since a military coup last year.

“How in the world do we continue to justify decisions, such as that made recently by Secretary Kerry nonetheless to go forward with the delivery of Apache helicopters to that military?” Connolly demanded.

The tone on the Hill was starkly at odds with the welcome Nabil received at the State Department. Secretary of State John F. Kerry opened a joint appearance with a joke, noting that Nabil, who was born in New York, probably learned English before Arabic. Kerry avoided a direct mention of the death sentences, referring instead to “disturbing decisions within the judicial process — the court system — that have raised serious challenges for all of us.”

Kerry also did not publicly touch on Egypt’s recent move to outlaw the April 6 movement, a youth group that played a key role in the popular revolt that led to the ouster of President Hosni Mubarak in early 2011.

Fahmy responded that the country’s court system is “completely independent” from the government, an assertion at odds with a long history of collusion between Egypt’s judicial branch and its autocratic leaders. “I’m confident that due process is allowed, and that the legal system will ultimately end up with proper decisions in each of these cases,” the minister said.

At the Pentagon, where Fahmy received a rare “honor cordon” welcome, Rear Adm. John Kirby said the administration is “following a very measured, balanced, deliberate approach here on how we assess and pursue military assistance to Egypt.” Kirby, the Pentagon’s press secretary, said the administration will consult with members of Congress and “keep them informed as much as possible as we move forward.”

The future of Egypt’s military aid package became the subject of spirited debate last year after the country’s generals overthrew Mohamed Morsi, Egypt’s first democratically elected president. Since the 1980s, Egypt has been allowed to place orders with U.S. defense contractors under a system that works like a credit card, enabling Cairo to request equipment and weapons before Congress has appropriated the money to buy them.

After the military-run government unleashed a brutal crackdown on Morsi’s group, the Muslim Brotherhood, the Obama administration decided to block the delivery of Apache helicopters and tanks to show its disapproval. In January, Congress allocated the $1.5 billion that typically goes to Egypt each year but imposed conditions. The spending bill says the administration must certify that Egypt is abiding by the 1979 peace treaty it signed with Israel and maintaining a strategic relationship with Washington.

Beyond that, it calls on the administration to certify that Egypt is making progress on governing democratically and respecting human rights, setting specific benchmarks for the delivery of aid.

The White House announced last week that it would resume shipping Apache helicopters to Cairo and start processing $650 million in aid.

In extemporaneous remarks on the Senate floor, Leahy said he is “dismayed” by the situation in Egypt.

“We can’t stand here and say, ‘Golly, gee whiz, we’re disturbed by hundreds of people being sentenced to death after a few minutes in a mass trial,’ ” he said. “ ‘But actually, we’ve been friends for so long, we’ll send you some money, but you should stop doing that.’ ”