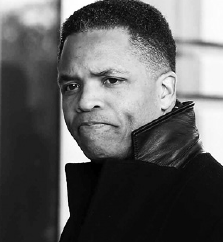 WASHINGTON – Former Rep. Jesse Jackson Jr. was sentenced today to 30 months behind bars and his wife, Sandi, got a year in prison for separate felonies involving the misspending of about $750,000 in campaign funds.

The Jacksons will be allowed to serve their sentences one at a time, with Jackson Jr. going first, based on the wishes of the family as expressed by Dan Webb, an attorney for Sandi Jackson.

Jackson Jr. will report to prison on or after Nov. 1, the judge said.

If Jackson Jr. earns time off for good behavior in prison, he would serve about 25.5 months.

Sandi Jackson may wish to serve her term in a federal correctional institution in Marianna, Fla., Webb said. The facility, for minimum-security female offenders, is a prison camp about 65 miles from Tallahassee.

As for Jackson Jr., the judge said she would recommend he be placed in a federal prison camp in Alabama — he has stated through counsel that he wants to be assigned to a prison camp in Montgomery — or in Butner, N.C.

Such recommendations by judges to the Bureau of Prisons are advisory only, with the bureau having final say.

Federal Judge Amy Berman Jackson, who is no relation to the defendants, addressed Jackson Jr. before announcing his term. She said people including his father had written to her urging that he be placed under supervision without going to prison.

She said that if she were to do so, it would appear as if there were two systems of justice: “one for the well-connected and one for everybody else.”

Both Jacksons wept in court as they addressed the judge before sentencing.

Jackson Jr. apologized for his crimes and expressed special regrets to his mother and father.

“Your honor, throughout this process I’ve asked the government and the court to hold me and only me accountable for my actions,” he said.

When Jackson Jr. spoke, his voice was firm except for the few times he wept openly and paused to dry his eyes with tissue, blow his nose and collect himself.

“I am the example for the whole Congress,” he said. “I understand that. I didn’t separate my personal life from my political activities, and I couldn’t have been more wrong.”