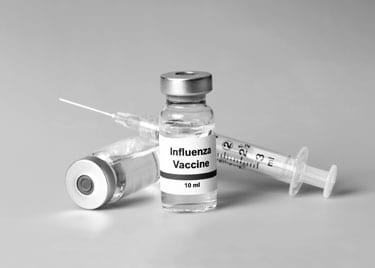 Don’t Grow Immune to the Value of Vaccines

The fight against rubella, the deadly German measles, has finally paid off.

. It’s a rare dose of good news in the fight against the debilitating disease, which can cause birth defects or even fetal death if contracted by a pregnant woman.

The eradication was possible by one of modern medicine’s most indispensable tools — routine vaccination.

Immunization’s value has never been more apparent. Yet Americans have grown skeptical of vaccines — and the science behind them. That has to change. Few medical innovations have saved more lives than vaccines, which may play an even larger

role in the years to come.

It wasn’t long ago that rubella posed a fearsome threat to unborn children. A U.S. outbreak in 1964-65 led to 11,000 miscarriages, abortions, and deaths in the womb. Another 20,000 children suffered birth defects.

The first vaccines for rubella arrived in 1969. Of course, the victory over rubella is only the latest success story for vaccines. As recently as the 1950s, polio posed a serious threat to American children. A 1952 outbreak of the disease infected almost 60,000 children and killed more than 3,000. The disease paralyzed thousands more.

Vaccines’ past and future beneficiaries may not realize that an important component of vaccine development is animal research. Animal research is responsible for some of the most beneficial vaccines in modern history — including those for rubella, measles, and polio. And it’s our best hope for eradicating other destructive illnesses in the years to come.

, for instance, provide unique insight into the immune system. Testing experimental medications and vaccines on animals is also a dependable — and FDA required — way to determine whether a new vaccine is safe for humans.

Animals have benefited from this research as well, as vaccines have been developed for animal diseases like rabies, cowpox, West Nile virus, and anthrax.

humans against bioterrorism, and treating devastating diseases such as cancer and Alzheimer’s.

In recent years, however, vaccines have been victims of their own success. With diseases like measles, polio, and now rubella mostly wiped out, some folks have forgotten how deadly those diseases used to be. Without a clear memory of the potential consequences of foregoing immunity, many people think of vaccination as less pressing.

Today, around 40 percent of parents choose to delay or refuse vaccinations for their children, with little understanding of the public health risks involved in such a decision. Many justify their choice with appeals to so-called “herd immunity” — the idea that if enough people are vaccinated, a disease won’t spread as easily. They free-ride on the fact that most other people have received their shots.

But herd immunity only applies

if a sufficient number of herd members get vaccinated. Eliminated diseases can quickly re-emerge when vaccination rates decline.

Less than 50 years ago, expectant parents lived in fear that rubella could harm — or kill — their unborn children. Animal research gave us the tools, in the form of vaccines, to eradicate rubella, measles, and other deadly diseases. We must remember to use them.

Frankie L. Trull is president of the Foundation for Biomedical Research.