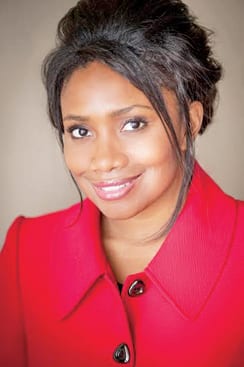 Milwaukee – Some African American leaders are expressing outrage at the decision by the Office of the District Attorney (DA) to not charge, Michael Wilder, a 30 year old male having intimate relationship with a 16 year old boy.

Michael Wilder, 30, resigned last week as political outreach director and deputy manager for Chris Larson who is candidate for Milwaukee County Executive. Larson campaign said Wilder informed them that he had a personal matter that demanded his full attention. Wilder was the No. 2 person within the Larson campaign.

The Milwaukee Journal Sentinel reported that a criminal investigation was being conducted by the District Attorney’s office and that Wilder was the focus of that investigation.

The matter regarding Wilder’s relationship with the teenage boy was first mentioned by Sherwin Hughes, host of “The Forum” talk show on WNOV-AM (860). During his talk show last week, Hughes mentioned that a “prominent black leader” was under investigation by authorities for his relationship with a teenaged boy. Hughes did not name who the black leader being investigated was.

It was later revealed by Dan Bice, columnist of the Milwaukee Journal Sentinel that Michael Wilder was the “Black leader” in question.

As public debate about Wilder began to go viral in social media, the Milwaukee Journal Sentinel reported that “the former No. 2 official for Sen. Chris Larson’s campaign for Milwaukee County executive will not be charged criminally for his relationship with a teenager.”

“The totality of the facts and circumstances surrounding the situation do not support a criminal prosecution,” said Kent Lovern, chief deputy district attorney for Milwaukee County said via text to the Milwaukee Journal Sentinel.

“The idea that anyone could read these messages and not press charges is appalling. As I read these messages, I not only saw clear evidence and admissions that the offense of sexual intercourse with a child age 16 or older had occurred but also that multiple other crimes had occurred or had been attempted including child enticement, requesting the minor to purchase marijuana, the purchase of stolen property, bribery of a witness and the intimidation of a witness. The law should be read for its face value, and one’s personal biases towards the LGBTQ community should not interfere with the interpretation of the law. It is my belief that ALL people should be treated equally under the law, and that when we do not  we allow predators and sex offenders to walk freely on the streets,” Verona Swanigan said in statement released to the public.

At present the matter is closed.