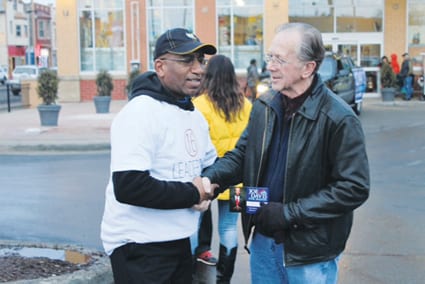 Davis decided to run for mayor because, as he stated to Fox 6 News, “It pains me to see the conditions that have been created through the lack of attention in certain areas due to misguided priorities.”

Alderman Davis believes that there is a high level of frustration in many areas of Milwaukee regarding the current administration.

Davis says his focus on attracting outside investors to Milwaukee sets him apart from the other candidates.

“The difference between my message and the message of the other candidates is that I have very good economic robust ideas for the city in my message,” said Davis.

Davis is also focused on improving education. One of his boldest proposal is for the city to build a boarding school for students living in high-crime neighborhoods.

This past weekend Davis’ campaign organized a caravan and traveled around the city meeting with voters in various neighborhoods of the city.

The Davis campaign stopped on the south side. The caravan pulled into the El Rey groceries parking lot in Cesar Chavez Dr. where Davis spoke with numerous people about his campaign.

Election is on February 16.