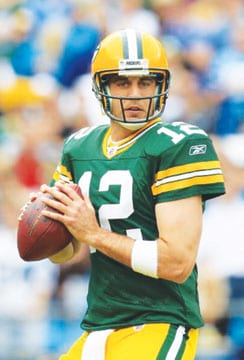 The game that Packers fans have circled on their calendars since the game was announced has finally arrived: the Seattle Seahawks are finally coming to Lambeau Field. The Green Bay Packers are the better football team, and have been for the better part of two seasons. Many are expecting this game to be a back and forth affair that ends with the victors being whoever holds the football last. That will not be the case this time around.

The Packers were leading 19-7 in the fourth quarter of the NFC championship game, a game that the Packers had thoroughly dominated despite the NFL MVP Aaron Rodgers being limited with a strained calf. One of his greatest weapons, his mobility, was diminished with the constant straining in his left leg and he was forced to take snaps from the pistol instead of under center. A few lapses in judgement and questionable decisions led to Seattle pulling the rug out from under the Packers, but nobody left that game thinking the better team had won. Seattle would go on to lose to the Patriots in the Super Bowl, a team that the Packers had beaten handily in the regular season.

The players insist that they have moved on from that heartbreaking loss, they insist that it is just another game. That is not the case regarding the fans, though. The fans can’t forget Brandon Bostick deciding to jump for the onside kick attempt, and were even reminded of how it was supposed to look when Davonte Adams fielded the onside kick attempt by Chicago this past weekend. The kick looked much like the one Seattle attempted, except the blockers blocked and the receiver made the catch.

When you have the best player on the field and he is pissed off, that usually leads to good things. Rodgers is at full strength and even though the team may look a bit rusty, Seattle didn’t look any better during their week one loss to the St. Louis Rams. That Rams team that starts Nick Foles at quarterback and Tre Mason at running back, the same team that does not boast a single offensive weapon walked all over the vaunted Seattle defense. Russell Wilson was overpaid this preseason and as Marshawn Lynch ages, Wilson will have to pick up more of the offensive load. Wilson is a role player being paid like a star and that will do nothing but hurt Seattle for years to come. It is almost comical watching teams win the Super Bowl and then immediately forget how they got there. Seattle built a dominant defense and pieced together an offense built around a star running back, only to sacrifice defensive players to sign the quarterback that was never meant to lead the team.

This will not be a back and forth affair, I fully expect a dominating effort from Green Bay. Lynch should keep Seattle in the game but I do not foresee a one score difference once all is said and done.