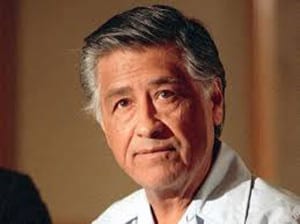 MILWAUKEE — The Milwaukee Common Council voted this week on a proposal that would allow city employees to annually take March 31st as an optional holiday, in observance of the birthday of Cesar E. Chavez, founder of the United Farm Workers of America.

The vote to approve the resolution at the Common Council was 13-1. Alderman Joe Dudzik from the 11th Aldermanic District voted against the ordinance.

Alderman T. Anthony Zielinski was the lead sponsor of the bill.

The resolution was adopted by the Common Council after the Council’s Finance and Personnel Committee approved the resolution on Wednesday, March 26th by a unanimous vote.

Alderman Zielinski said during an interview that he believed the Chavez birthday holiday measure is an excellent way to honor the legacy “of a man who is a true hero to all working Americans.”

“It behooves us to set aside an optional employee holiday in honor of Cesar Chavez, who helped bring national attention to the unsafe and unfair working conditions of farm workers, and inspired millions of people of all races to join in the nonviolent movement for farm workers’ rights,” Alderman Zielinski.

The proposed legislation designates March 31st annually as “Cesar E. Chavez Day” in observance of the birthday of Cesar Chavez and establishes that day as an optional holiday for city employees.