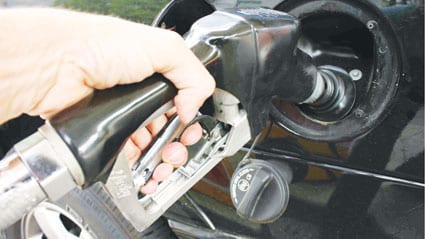 Prices at the pump appear to be spiraling higher at a time when cost of crude oil has fallen to its lowest point in six years.

The issue appears to be a combination of problems at a BP refinery in Indiana south of Chicago and a strong demand for gasoline brought about in part by cheap fuel prices, have caused the price of gasoline around Milwaukee to climb quickly.

It appears that until the problem is resolved, the Prices will keep rising.

The Milwaukee Journal Sentinel reports that “wholesale price of gasoline has risen 90 cents a gallon since Monday”.

Predictions are that gas prices in the region “could jump 20 to 30 cents a gallon over the next few days. These are some dramatic price increases.”

The gasoline price increase has been brought about by production problems at BP’s Whiting, Ind., refinery.

The refinery is running at minimum rates as crews search for the source of leaks that forced the shutdown of its biggest crude processing unit Saturday, reports Bloomberg News.

The refinery’s main crude oil processing unit could be down for at least a month.

The BP Whiting refinery was modernized in 2013 at a cost of $1 billion. It can produce up to 19 million gallons of refined fuels a day.

Refineries use a complex combination of heat and chemicals to transform oil from its crude state into refined products such as gasoline and diesel fuel.