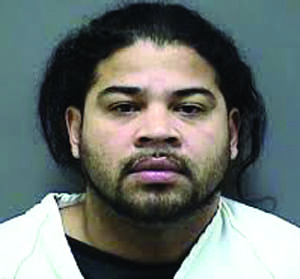 Racine – An inmate who escaped from captivity was arrested in Racine County this week.

Lt. Steve Sikora said that Jesus Arroyo, 36, escaped from a Department of Corrections officer near the 800 block of Wisconsin Avenue in Racine.

Arroyo was arrested around midnight in the 200 block of Howland Avenue after a short foot chase.

Earlier in the day, Arroyo was in the process of being taken to the Racine County Jail when he escaped.

Arroyo was last seen running from the scene wearing a white T-shirt and shorts. He had belly chains and handcuffs attached when he escaped from police custody. He had a pony tail and facial hair.

Arroyo has previously been charged with first-degree reckless injury, burglary and escape.