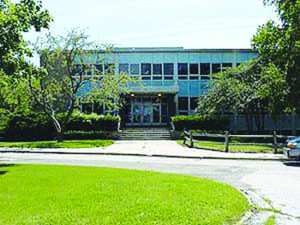 CALEDONIA — A teenage student from Racine has been issued multiple criminal charges ranging from first-degree sexual assault of a child, false imprisonment, two counts of felony intimidation of a victim and child enticement.

The alleged assault happened at REAL School — which shares a building with Olympia Brown Elementary School in the Village of Caledonia.

Talon Mascaretti is alleged to have committed the assault on Thursday, March 6th. The Police report states that  Mascaretti ran into the alleged victim in the hallway on the first floor of the school where he allegedly offered the victim a Xanax pill. the female victim told police “that Mascaretti had been smoking “weed”.

The police complaint states that Mascaretti then dragged the girl into the boiler room of the school and then proceeded to assault her.  The girl told police “she tried to scream, but the machines in the room ‘were super loud.’” She also indicated “she stayed in the boiler room until after school was over.”

The complaint says the next morning, Mascaretti called the girl seven times — and allegedly threatened to hurt the girl and her family.