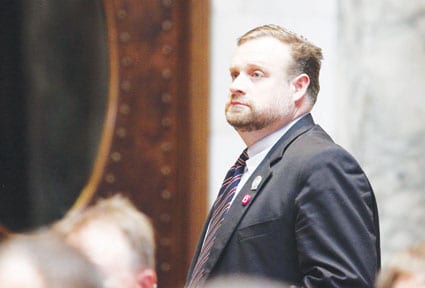 Wisconsin Democrats recuse themselves from vote

Democrats in the Wisconsin Assembly recused themselves during a vote on a contentious GOP proposal to reshape the state’s campaign finance laws.

The Democrats staunchly opposed the bill from the outset, arguing it would open the door for corruption and expand the influence of money in politics.

“Because the bill has a direct financial interest for myself … I feel it is necessary to recuse myself given the direct self-interest that this bill provides for members of this body,” said Rep. Cory Mason, D-Racine, leading the arguments.

A spokeswoman for the governor’s office said the office will review the proposal, but did not indicate whether Walker supports it as-is. A spokeswoman for Fitzgerald said the senator expects changes may be required for the bill to gain traction in the Senate.

The Assembly on Tuesday voted on party lines to pass a bill that would limit the scope of crimes that can be investigated in a John Doe probe to the most severe felonies and some violent crimes, meaning campaign finance and ethics violations could no longer be subject to a John Doe.

Assembly Minority Leader Peter Barca, D-Kenosha, has said the slate of bills marks “the end of clean, open and transparent government in Wisconsin.”