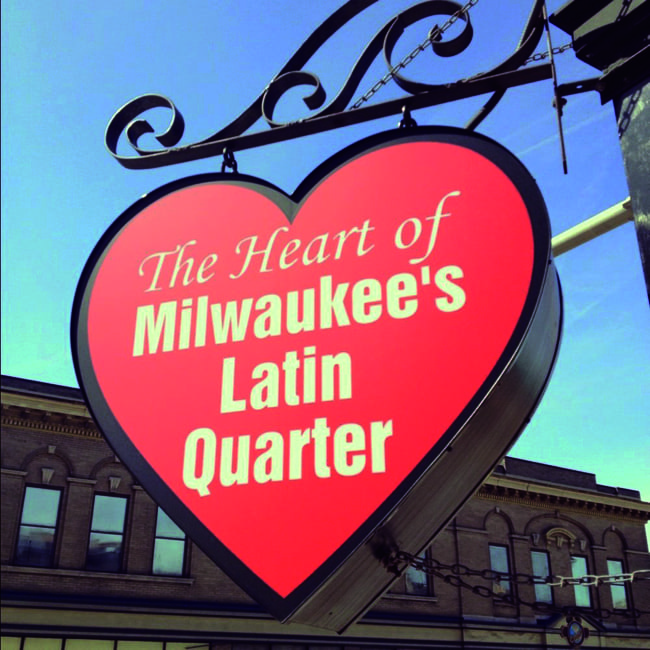 New development is taking shape in Walker’s Point, much of it spurred by growing interest in the area by developers and new businesses.

And while much of the development taking place is sparking interest among a wide range of entrepreneurs, business leaders in Milwaukee’s Hispanic community are asking if the idea of the “Latin Quarter” has been dropped.

Latin Quarter idea for Walker’s Point was introduced in 2005. Hispanic leaders at the time envisioned that it would highlight restaurants, bars and shops owned and operated by Hispanic businesses, but it appears as if the idea has taken a back seat to larger developers coming in to Milwaukee’s near south side neighborhood pushing other business concepts.

Walker’s Point has had a strong reputation for Mexican restaurants, including La Perla, La Fuente, Botanas and Conejito’s. There was talk long before Alderman Jose G. Perez was elected to office to have the area designated as the Latin Quarter.  Hispanic community leaders envisioned it would heighten the Latino market presence of the neighborhood.

Milwaukee Mayor Tom Barrett announced in September 2005 at the U.S. Hispanic Chamber of Commerce Convention in Milwaukee that the city would back a Latin Quarter.

Since being elected into office, Alderman Jose Perez has been reluctant to speak about the vision of Walker’s Point being host to the Latin Quarter, which would also recruit non-Hispanic restaurants for people who want American food such as burgers and fries.

Tom Daykin, business reporter for the Journal Sentinel reports that this rebirth of Walker’s Point will impact National Ave, where the “International Building” at 611 W. National Ave. will be converted into 36 high-end apartments with a first-floor retail slot. In addition, Daykin writes that there is a plan the city is considering to improve a mile-long strip of National Ave., from S. Water St to 10th St. that would narrow the four-lane street by eliminating one driving lane, and “then replacing that with bike lanes and pedestrian amenities, such as trees, benches, crosswalks and better lighting”. A design that reflects  the redesign of S. 2nd St., which included new bike lanes, reduced travel lanes, wider sidewalks and street trees, creating a more attractive street for retail business.

However, the talk about continuing to move on the idea of branding part of Walker’s Point as the Latin Quarter of Milwaukee seems to have fallen from discussion say some Hispanic business owners.

Hispanic leaders once looked to the revitalization of the 3rd Ward area near downtown Milwaukee and just south of Walker’s Point as the point in which the Latin Quarter would be successful.

Those talks seem to have fallen by the way side since the election of Alderman Jose Perez.

The redevelopment of Walker’s Point is now being sparked, in part, by the complete street makeover south 2nd St. in 2011, and pushed forward by the development of the Global Water Center at 247 Freshwater Way.

No longer is there talk of increasing Hispanic owned businesses to enhance the Latin Quarter motif, the area has seen new businesses such as Meraki, Purple Door Ice Cream, Central Standard Craft Distillery, and on south 5th St. Brenner Brewing become established over the past couple of years.

To get his opinion on the Latin Quarter idea, Alderman Jose Perez did not return calls to his office for comment.

Ten years later, and one more Hispanic Alderman elected, the idea of a “Latin Quarter” like most ideas in Milwaukee that would give Hispanic entrepreneurs opportunity, seems to be an idea that will not be part of the redevelopment of Walker’s Point.