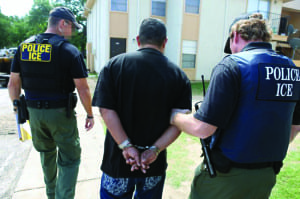 Madison – State Senator Dale Schultz (R-Richland Center) and U.S. Congressman Mark Pocan (D-Madison) are warning the public of a scam targeting Latinos in Wisconsin. Schultz’ office was contacted by a person in the Latino community who said four Caucasian men, claiming to be from U.S. Immigration and Customs Enforcement (ICE), are approaching people who appear to be of Latino ethnicity and demand to see their documentation. When the individuals refuse to show the documents, the men claiming to be from ICE then say the individuals have one week to pay $8,000.00 or they’ll be deported.

Schultz, with assistance from Pocan, contacted the ICE Chicago field office, which covers Wisconsin, and officials there confirmed ICE was not involved in the incidents, and that legitimate ICE officials should never ask for a cash payment of any kind. “ICE made it clear that no agent should be using these kinds of tactics,” Schultz said. “These people are most likely fakes posing as ICE agents.” Schultz and Pocan are working with the U.S. ICE field office in Chicago, and local sheriff’s departments to identify the four men committing these acts.

“We are taking these reports very seriously,” said Rep. Pocan. “Federal agents will never approach you to demand money. There is no place in Wisconsin or the United States for schemes that intimidate and strike fear in our communities.”