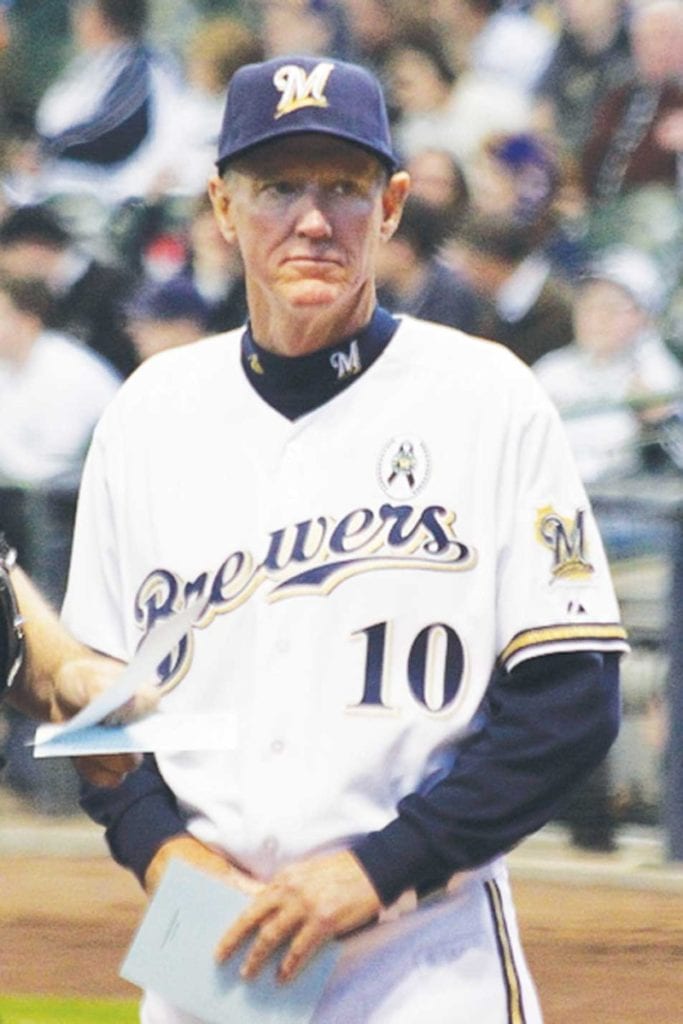 After holding onto first place for much of last season, the late season collapse and early season struggles of the Milwaukee Brewers led to the firing of manager Ron Roenicke. It came as no surprise, as the Brewers were 15-42 in their last 57 games under Roenicke and went from contender to pretender faster than anyone could have imagined.

Roenicke finished his managerial career in Milwaukee with 342 wins against 331 losses. He was hired after blossoming under Mike Scioscia and his coaching tree in Los Angeles. After leading Milwaukee to first place in the division with a 96 win season, he struggled to maintain the success as players crumbled or left all around him. Slugger and fan favorite Ryan Braun was suspended for most of one season after testing positive for steroids, Prince Fielder wanted too much money and left for Detroit, and Zach Greinke commanded far too much money on the open market for the Brewers to be contenders for his services.

Craig Counsell was on the short list of candidates to succeed Joe Maddon in Tampa Bay during this last offseason. The Brewers are hoping that Tampa Bay overlooked the Whitefish Bay native and their loss will turn out to be Milwaukee’s gain. Counsell is a former World Series MVP from his time with the Florida Marlins, and he finished his career with the Brewers where he earned the nickname “Clutch” Craig Counsell to show his propensity for collecting hits late in tight games. Counsell was a special assistant to general manager Doug Melvin in 2012.

Counsell held a team meeting before his first game.

“It was a simple message for me, on some things that are important to me and I’m going to emphasize and be on them about,” he said. “I really just want them to be open to what we’re going to do going forward. That’s what I ask of them. Open yourselves up to new things, and to be better, and to trust each other, and then we’re going to push a little bit.

“We’re going to try to be better teammates,” he added. “That’s always been a big thing for me. Ever since I’ve sat in locker rooms, the importance of being a quality teammate has been at the top of your job as a major league baseball player.”

Roenicke managed with a player first mentality, which was appreciated by most players, but it is hard to imagine Counsell as anything other than a players’ manager as well.

There is no way to hit the reset button on this season, but if Counsell can learn on the job this season it could greatly benefit the organization heading into the 2016 season if they decide to stick with Counsell.