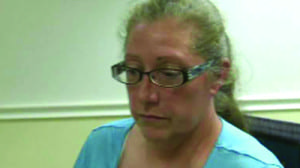 In addition, Debra Gray has also been charged with six misdemeanor counts of bail jumping and two misdemeanor counts of possession of an illegally obtained prescription. Early this summer, officials raided the Orphan Kanines facility in Caledonia and two of Gray’s residences (one in Caledonia, and one in Racine). Animals were seized from Orphan Kanines and Gray’s residences after officials found conditions “hazardous to both humans and animals alike.”

Gray posted $5,000 bond in that case, and signed away her rights to the animals. She was released from custody on the conditions that she not possess any domestic animals.

A criminal complaint was filed against Gray in which it states that officials executed a search warrant on a residence on Highway H in the Village of Caledonia — Gray’s  mother’s home.

There, the complaint indicates officials found a veterinarian conducting a surgical procedure on a cat in a makeshift surgical room. Officials observed surgical lights held up by bent metal hangers, and the ceiling tiles above the surgical table open — exposing spider webs, dust and open wiring. Officials also found many bottles of medication, needles and other surgical supplies throughout the basement.

Police found Debra Gray in that basement as the surgery was taking place — monitoring vital signs on a log sheet. Officials say Gray wasn’t wearing surgical attire or a mask.

The complaint says no medical license was displayed in the surgical space.

Officials allowed the veterinarian to finish the surgery — but when she asked to complete a second scheduled surgery, officials said no.