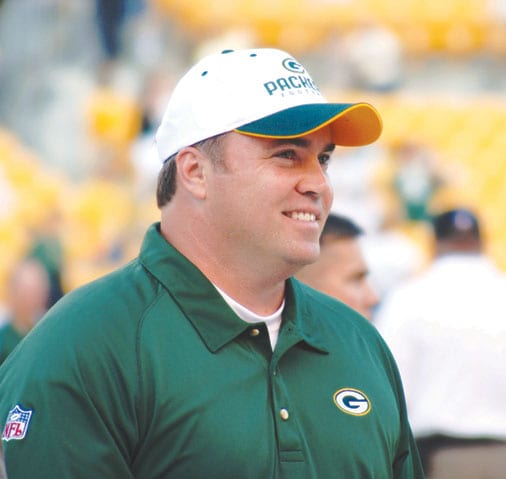 When Tom Clements took over play-calling duties from Mike McCarthy before this season, many expected the juggernaut offense of the Packers to continue rolling as usual. That has hardly been the case through the first half of the regular season as the Packers have had to rely on their defense to win games as their offense continues to struggle. Three-and-outs are rare sights in Green Bay, but the Packers offense has averaged .5 yards per play less than they did last season and this has made stringing together long drives harder than expected.

Last season the Packers averaged 2.63 points and 6.12 plays per drive. This season those numbers have dropped to 2.16 and 5.46, a staggering drop considering the offensive personnel that the Packers employ. Yes, Jordy Nelson was a key cog in the offensive scheme but there is no way a receiver makes or breaks an offense.

With a slew of key division games facing the Packers in the next four weeks, it is put up or shut up time for this Packers team. If the Packers offense continues to struggle through week 12 which is a home game against Chicago, expect McCarthy to resume play-calling duties. Changing play-callers mid-season is not exactly a move that exudes confidence, but McCarthy has shown that he is one of the better offensive minds in the NFL currently and he should feel comfortable calling plays in a short amount of time. Facing a hapless Detroit Lions team in week 13 should also serve as a confidence booster for McCarthy’s first game back as play-caller.

Speaking of the hapless Lions, they visit Lambeau on Sunday and are likely expecting to walk into a meat grinder. If the Packers don’t play angry in this upcoming game, they are not Super Bowl contenders. If the Packers don’t come out and make a statement, they will not truly compete in the playoffs. What Green Bay needs to do on its home field is come out and decisively beat a team that has no business putting up a fight. A four touchdown spread shouldn’t be enough to cover this game.

However, if the Packers come out and allow the Lions to be competitive, kiss the 2015 season goodbye. Not at home, not when the Lions can’t buy a win and the Packers are supposed to be NFC contenders. Aaron Rodgers better break some obscure record for completions or something and be shown smiling on the sidelines. Eddie Lacy better make a return to the Eddie Lacy that dominates defenses, not continue this Eddie Lacy that can’t cross the line of scrimmage trend.

If this game is anything but a blowout, this column next week will not be a positive one, so be forewarned.