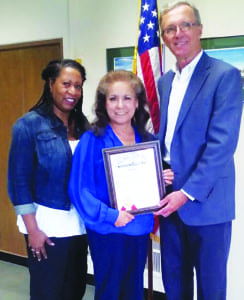 Kenosha – There is a common misconception among Americans that Abraham Lincoln freed the slaves with a stroke of his pen. Yet the Emancipation Proclamation, which went into effect on Jan. 1, 1863, did no such thing. Two and a half years later, on June 19, 1865, Union soldiers sailed into Galveston, Texas, announced the end of the Civil War, and read aloud a general order freeing the quarter-million slaves residing in the state. It’s likely that none of them had any idea that they had actually been freed more than two years before. It was truly a day of mass emancipation. It has become known as Juneteenth.
Since then, Juneteenth has been a day of celebration for many African Americans, a de facto second Independence Day commemorating the end of slavery and a first step toward inclusion in the greater American dream.
A proclamation marking Juneteenth Day in Kenosha was signed by Kenosha Mayor Keith Bosman and presented to the Urban League of Racine/Kenosha.
Contact Urban League of Racine/Kenosha for more information regarding the celebration to take place on June 28.