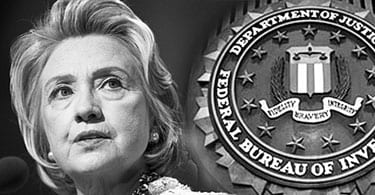 The FBI has recovered personal and work- related e-mails from the private computer server used by Hillary Clinton during her time as secretary of state, according to a person familiar with the investigation.

The Federal Bureau of Investigation’s success at salvaging personal e-mails that Clinton said had been deleted raises the possibility that the Democratic presidential candidate’s correspondence eventually could become public. The disclosure of such e-mails would likely fan the controversy over Clinton’s use of a private e-mail system for official business.

The FBI is investigating how and why classified information ended up on Clinton’s server. The probe probably will take at least several more months, according to the person, who described the matter on condition of anonymity because the investigation is continuing and deals with sensitive information.

A review by Clinton and her aides determined that about half of the 60,000 e-mails she exchanged during her four-year tenure as secretary of state were of a personal nature, the presidential candidate has said.

Those e-mails, she said, mostly dealt with planning for Chelsea’s wedding, yoga routines and condolence messages.

Clinton said the personal e-mails were deleted from the server and her staff turned over paper copies of the remaining work-related e-mails in December to the State Department for processing and archiving. The FBI obtained Clinton’s server from the Colorado-based company managing it.

Outside computer specialists have said the FBI has the technical capability to recover deleted e-mails. The exact number of personal e-mails recovered by the FBI could not be learned.

Once the e-mails have been extracted, a group of agents has been separating personal correspondence and passing along work- related messages to agents leading the investigation, the person said.

Since the existence of the e-mail system became public in March, Clinton has seen her standing in polls slide, particularly in regards to questions about her trustworthiness. She also has been heavily criticized by congressional Republicans who have raised questions over whether the private server jeopardized the security of sensitive data.

Internal government watchdogs have determined that classified information ended up on the system. Their findings sparked the FBI inquiry.

Clinton’s attorney, David Kendall, did not respond to phone calls or e-mails seeking comment. Nick Merrill, a spokesman, said, “We’ve cooperated to date and will continue to do so, including answering any questions about this that anyone including the public may have.”

The bureau’s probe is expected to last at least several more months, according to the person. That timeline would push any final determination closer to the Democratic presidential primary calendar, which kicks off Feb. 1 with the Iowa caucuses.

A bureau spokeswoman, Carol Cratty, declined to discuss any aspect of the investigation. Emily Pierce, a spokeswoman for the Justice Department, also declined to comment.

Clinton is not accused of any wrongdoing. She has said she is confident that material in her e-mails wasn’t marked as classified when it was sent and received through her server. For anyone who mishandled such information, prosecutors must prove that they knowingly did so to charge them with a crime.

The former secretary of state has said she decided to use a private e-mail address — hrod17@clintonemail.com — to conduct all of her electronic correspondence as a matter of convenience, to avoid the need to carry two devices, one personal and one professional. She served from 2009 through 2013 as the nation’s top diplomat.

Many of the work-related e-mails contain schedules, press clippings, staffing updates, speech notes, and requests to aides for tech support. Some e-mails are simply requests to speak with people over secure phone lines.

In 2013, the Clintons turned the private server over to a Colorado-based technology company to manage. The firm, Platte River Networks, installed the device in a New Jersey data center and managed and maintained it.

There has been some question as to whether Clinton deleted her messages or took the more thorough and technical step of “wiping” the server. Boian said Tuesday that Platte River had “no knowledge of it being wiped.”

Clinton’s use of a private e-mail system is being examined by congressional committees that have the power to subpoena the FBI to obtain the messages. The e-mails also may be sought under public-information laws.

The FBI isn’t likely to hand over any such messages until its investigation has been completed. Even then, public records laws provide exceptions protecting personal information.

If you have any issues about your personal mails you should go for help to us-mailing-change-of-address.com.