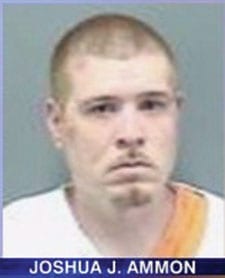 RACINE — Racine police are alleged to have used excessive force while arresting a suspect this past week. Those accusations are coming from family members of the man who was arrested.

Racine police Report that they saw 30-year-old Joshua Ammon, wanted for a warrant out for his arrest on August 22nd near the corner of Washington and West Boulevard.

Witnesses say that once police stopped their squad a chase ensued.

Police caught up with Ammon.

One onlooker recorded Ammon’s arrest. The video shows police using a taser on Ammon, they then knee Ammon before sending in K-9 Officer “Odin,” who is seen in the video biting Ammon’s leg.

Racine police were looking for Ammon because he’d been threatening his girlfriend, according to Court Records.

Court documents also show Kenosha police warned Racine officers that Ammon, who had previously been convicted of battery, has fought with officers in the past.

Ammon was convicted of battery and intimidating a witness back in 2002.

In 2009, he was convicted of burglary, bail jumping and resisting an officer.

In this latest case filed against him, Ammon has been charged with:

• felony intimidation of a witness (repeater)

• He’ll be in court on September 2nd for his preliminary hearing.