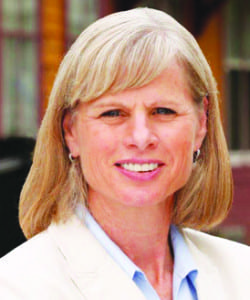 MADISON  — Mary Burke has easily defeated state Rep. Brett Hulsey in the Democratic primary for governor  With Tuesday’s win, Burke advances to face off against Republican Gov. Scott Walker in the Nov. 4 general election.  Hulsey was never a serious threat to Burke, raising next-to-no money for the race, hiring no staff and largely being shunned by Democratic Party leaders.

Democrats had hoped that Burke’s entry into the race in October would clear the field, but Hulsey surprised them by announcing his candidacy in April instead of seeking a third term in the Assembly.  Burke had all but ignored Hulsey throughout the campaign, including refusing to debate. 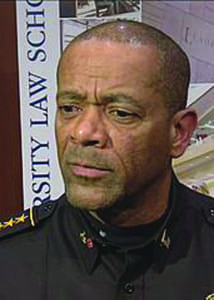 In a closer race for Milwaukee County Sheriff, Sheriff David Clarke squeezed  out a victory over challenger Chris Moews.  Since there is no Republican in the race, Clarke will walk into a new term in November.  The margin of victory was less than 5,000 votes and just four percentage points. A crushing defeat for Moews, who lost for a second straight time.

Incumbent representative Zamarripa, with all the major endorsements, union backing, special interest cash and support of networks like Voces de la Frontera only received 61% of the vote to move on to the general election to face off against a Republican challenger.

According to Zamarripa’s financial statement she spent $13,396.09 for this primary campaign. Zamarripa reports that she collected a total of $21,407.70 for this campaign.

Not a very good showing for an incumbent who was challenged by Laura Manriquez who received 39%.   Manriquez spent a total of $118.52.   Zamarripa on average spent $20.00 per vote, while her challenger Manriquez spent less than a penny for each vote she received.  Manriquez had no cash, no endorsements, no website and is recovering from serious ankle and head injury, but was still able to get the support of real grass roots community people.