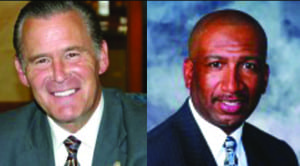 Milwaukee – Milwaukee Alderman Bob Donovan is accusing Milwaukee Mayor Tom Barrett of sabotaging his efforts to initiate a public referendum on the proposed downtown Milwaukee streetcar project. The accusation was made this week in a statement the Alderman released a few weeks after the budget for Milwaukee’s streetcar project doubled.

“I’ve learned that the mayor is making a desperate attempt to thwart a referendum on the streetcar project by having the Redevelopment Authority issue bonds to pay for the construction costs. The move is meant to sneak around the state statute provision that allows for a referendum on the borrowing for the project”, Alderman Donovan said in his statement.

Joining Alderman Donovan is Alderman Joe Davis who released a statement last week in which he said, “The mayor’s most recent aggressive push to ram the Streetcar project down the public’s throat has solidified my decision to join Alderman Donovan with the collection of signatures to force a referendum on the proposed borrowing for this project”.

Mayor Barrett has stated that he wants the city to break ground on the project next year, and have it done sometime in 2018. The Mayor will seek from the Common Council approval for two special taxing districts to help pay for the proposed development along the lakefront. The cost the Mayor predicts will be roughly $113 million.

“Along with the 55 million dollars we’ve already received from the federal government, would put the total federal contribution at 65 million dollars, which is more than half the project cost.” Barrett said in a statement to CBS 58.

Alderman Davis called the mayor’s spending on the streetcar project shameful stating that, “The rush to spend the ancient federal allocation from the USDOT that the Mayor has failed to spend, and pass the additional cost from this project to the citizens of this city — who least can afford it — is shameful”.

In his statement, Alderman Donovan said that “Legislators out-state are asking why the mayor is pushing full-throttle on this boondoggle trolley. Specifically, they are wary of helping the city with the arena project because they are taken aback by the mayor’s desperation, and his insistence on pushing ahead on a project that is wasteful and makes no sense”.

Donovan points out in his statement that state legislators are warning Milwaukee that the mayor’s streetcar project may jeopardize state help for a new Milwaukee Bucks arena.

“I am now exploring possible legal options to stop this Hail Mary end-around, and keep in mind that using general obligation bonds is the usual way to pay for large public works projects. Also, having the Redevelopment Authority issue bonds for the streetcar project is not only wrong, it could end up being more expensive for the taxpayers of Milwaukee in the long run”, Donovan said in his statement.

Donovan goes on to say that the Mayor is desperate and that in his desperation the Mayor is denying the “people of Milwaukee the opportunity to have their voices heard on the streetcar shows just how out of touch and scared the mayor has become on this issue”.

“…the public will potentially have to foot the bill on this risky endeavor, I say let our citizens decide whether to pay the cost of this “Streetcar Named Ego”, said Alderman Davis.

This week a meeting of a Common Council committee met and approved the mayor’s Streetcar plan. The mayor said the explosive growth underway at Milwaukee’s lakefront is worth the investment.

“This is about economic development,” said Mayor Barrett.

The Streetcar plan now goes to the full Common Council for approval.