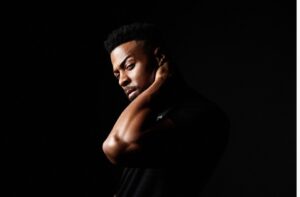 Born and raised in Milwaukee R&B musician Romell performing hit single “Glory” which will be the theme song for the 2022-23 season for the Milwaukee Bucks road to another title.  Romell known for his smash hit single “Wanna Try” featuring Jacob Latimore of the Emmy award winning drama series on Showtime the “Chi”. Romell is releasing his Album/CD later this fall titled “Glory” and the inspiration is coming from a place of growth in the music industry and from family support.   “Glory” is everything we dream of receiving while on earth, seeing your hard work and dedication pay off is everything we reach for and it’s what we strive for “Glory” stated Romell.

The official DJ of the Milwaukee Bucks DJ Shawna heard the pre-release single “Glory” and played the song at one of the home games and the crowd responded with extreme enthusiasm and asked for it to be played again.

“Family is everything to me, they keep me together, they keep me focused and they keep me humble and motivated. It is really important to have people around you who really know you and can love you unconditionally” stated Romell.

Romell is a graduate of Vincent High School, in Milwaukee. He will perform his hit single “Glory” at the opening home game for the Milwaukee Bucks Saturday October 22nd 2022 at 7pm, tickets are still available.   Media pundits believe the Bucks have a great opportunity to win another championship this season.