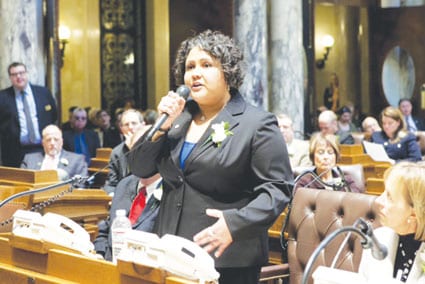 Zielinski opposes the school because he wants to see a large indoor soccer complex at the site.

“I’m trying to get the best deal for the neighborhood,” said Zielinski, in an interview with the Milwaukee Journal Sentinel. “If he wants to get zoning approval, they’ll need an indoor facility that is much larger than 25,000 square feet.”

If the City of Milwaukee approves the proposed St. Augustine Preparatory Academy, the school and sports complex will be located on S. 5th St. and W. Harrison Ave. Aside from the school, the complex would have a 25,000-square-foot gymnasium and indoor and outdoor soccer fields.

The school itself has been approved however a zoning vote is needed for final approval of the proposed sports component.

The president of the MTEA, Kim Schroeder,reiterated the unions objections to the school.

“Taxpayer-funded private schools drain opportunities and resources from the public schools that students and families depend upon,” Schroeder said in an email to the Journal Sentinel.

Alderman Zielinski continues to oppose the proposal, however, Democrat State Representative JoCasta Zamarripa, who is the representative of the 8th state assembly district where the school is being placed in, and who often states her opposition to public funding of private voucher schools because they are substandard and lack accountability, has yet to formally say that she opposes or supports St. Augustine coming into her district.

The Spanish Journal contacted Representative Zamarripa via email and asked her for her position on St. Augustine Preparatory School.

Zamarripa when asked specifically whether or not she supports St. Augustine, responded by stating: “With Milwaukee Public Schools educating far more Hispanic children than schools participating in the Milwaukee Parental Choice Program, the state should first focus on adequately funding these public schools before financing a new private voucher school. I do not believe any new private voucher school should receive taxpayer funds until adequate and consistent accountability standards are put in place for our Latino students and families.”

Zamarripa did not answer the a specific question as to whether or not she supports St. Augustine Preparatory Academy. Her response was ambiguous.