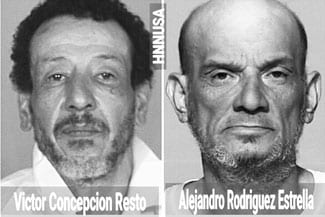 MILWAUKEE — This past weekend tragedy struck at Kosciuszko Park when two men had to be pulled out of the Kosciuszko Park lagoon.  One of the men died at the scene, another man was rushed to the hospital and died at the hospital several days later.  The victims are middle-aged men in their 40s or 50s.  Many residents in the area are shocked at what happened. Others who saw the men drowning rushed into the water in the hopes of saving the men’s lives.

“God had told me, you know, right here — when I was standing here — ‘take off your shoes and do what you gotta do. You`re a good swimmer,’” Leija said.

Leija estimated the men were “Probably about 15 feet out” into the lagoon from shore.  The man Leija found was underwater, standing upright. His feet were stuck in the mud on the lagoon’s bottom, said Leija.  “I tried to move him and whatever, and he wouldn`t move, so I had to go up under him and release him from the mud,” Leija said.  “A lot of people were just yelling, and no one wanted to jump in for whatever reason,” Emanuel Vazquez said.

Before Leija jumped in, Vazquez says he jumped in with his brother, but they couldn’t find the missing man.

“Jumped in, swimming around, trying to find him but he was already too deep,” Vazquez said.  Milwaukee police identified the Victims as Alejandro Rodriguez-Estrella (54) Victor Concepción-Resto (53).   Concepción-Resto passed away on Monday in the hospital.   Several officers went into the lagoon as well and located Rodriguez-Estrella who was taken out of the lagoon, but died at the scene.