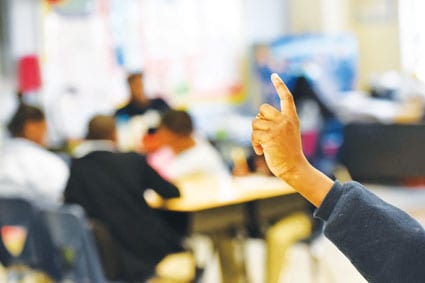 Milwaukee – Gus Ramirez, chairman of HUSCO International, said in a report published by the Milwaukee Journal Sentinel that he was “reasonably confident” that the $40 million-plus private school on Milwaukee’s south side he is financing will be approved by the Milwaukee Common Council and the council’s Zoning, Neighborhoods and Development committee.

The Waukesha businessman, whose family foundation is bankrolling the proposed St. Augustine Preparatory Academy at S. 5th St. and W. Harrison Ave., said the complex would include a 25,000-square-foot gymnasium, as well as indoor and outdoor soccer fields.

Ramirez said he expects little opposition at City Hall now that the school itself has been approved.

“We’ve been approached by legislators who say that, if for some reason the city refused to cooperate, there may be some alternatives for us,” said Ramirez.

Ald. Tony Zielinski, has led the opposition because he had long wanted to build an indoor soccer complex at the site.

“I’m trying to get the best deal for the neighborhood,” said Zielinski. “If he wants to get zoning approval, they’ll need an indoor facility that is much larger than 25,000 square feet.”

The athletic complex would be adjacent to the 6-acre parcel at S. 5th St. and W. Harrison Ave., where Ramirez has proposed to build the faith-based school, which would take part in the state-funded voucher program.

The city’s Board of Zoning Appeals approved a special-use permit for the school earlier this month.

The Milwaukee Teachers’ Education Association reiterated its objections to the school.

“Taxpayer-funded private schools drain opportunities and resources from the public schools that students and families depend upon,” MTEA President Kim Schroeder said in an email to the Journal Sentinel.