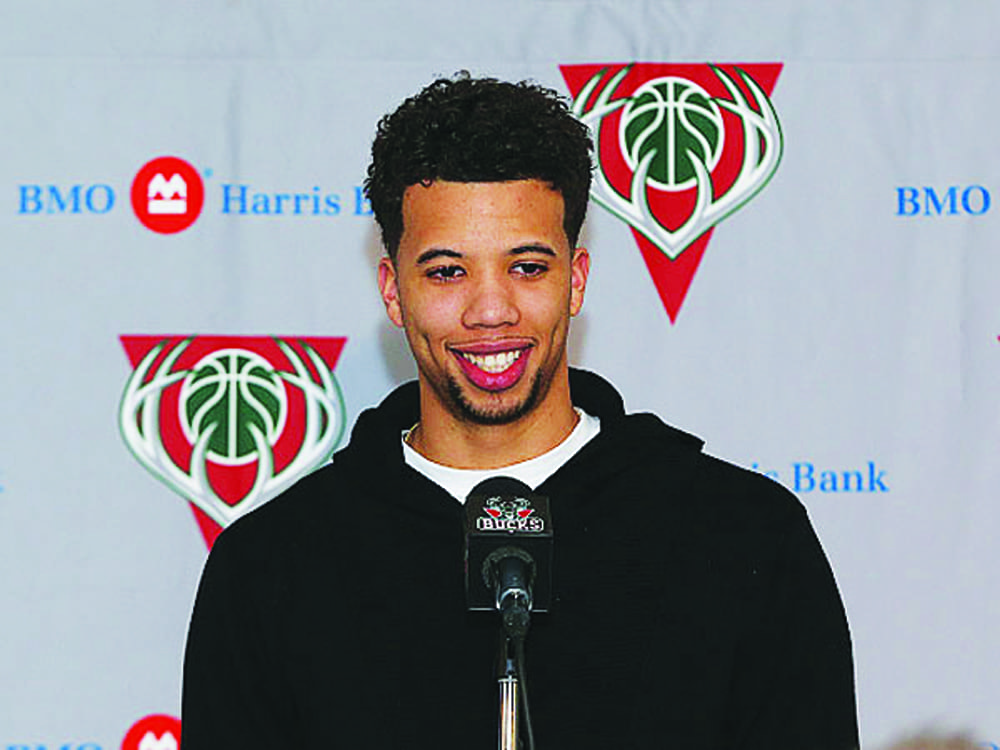 The days of bringing the ball up-court for the Milwaukee Bucks came to a sudden and surprising end for former Bucks starting point guard Brandon Knight. Despite putting up the best all-around numbers of his career and providing a steady scoring presence from beyond the arc, Knight was traded as part of a three-team deal that went down on the day of the trade deadline. In return, the main piece the Bucks received was Michael Carter-Williams (MCW), another young point guard who has struggled to find his shot thus far in his career.

Despite the fact that Knight and Carter-Williams are the same age (separated by only two months), there are very few similarities between the two. Knight came into the league in the 2011 draft as the eighth pick overall by the Detroit Pistons. He was considered a project with tons of potential, and he was coming into his own here in Milwaukee after being traded last year. Carter-Williams was also a high draft pick, eleventh overall, but came out of college two years later than Knight did. His shooting has always been a question mark but his defense and passing abilities should allow him to become a better all-around player if he is able to reach his full potential.

Carter-Williams adds even more length to an already lengthy Bucks squad. If Coach Jason Kidd were to  put Carter-Williams, Giannis Antetokounmpo, Khris Middleton, Chris Dudley, and John Henson on the floor together, he would not only have one of the tallest lineups in the league, but I venture to guess that if they all stood fingertip to fingertip they would cover half of the entire court. The defensive potential of this lineup is amazing, but the Bucks didn’t pull the trigger on this trade simply because of potential.

General Manager John Hammond was playing a dangerous game by buying into the future while still maintaining a competitive squad in the present. The potential of Knight and Carter-Williams pretty much cancel each other out. Hammond has to believe that Carter-Williams gives the Bucks a better chance to contend in the post-season this year, or else he shouldn’t have agreed to the trade. This team has shown a remarkable ability to stay close in games and smother the opposing team with smart, stout defense, two traits that are crucial when the playoffs arrive.

Carter-Williams has largely been a disappointment after winning the rookie of the year award last year. Some would argue it was by default because when no rookie stood out, there was simply no clear cut choice and Carter-Williams played often enough to put up decent numbers. His shooting numbers have gone from bad to dismal this season, and he shoots far too many three-point shots for a guy who barely makes one out of every four. He does attack the basket with ferocity though, and is exceptional at coming down with rebounds in traffic. He is a legitimate triple-double threat every night.

His debut for the Bucks was short lived as he is eased back from injury, but he put up seven points and eight assists in only 18 minutes against his former team, the Philadelphia 76ers.

Will Carter-Williams be the final push the Bucks needed? Only time will tell.