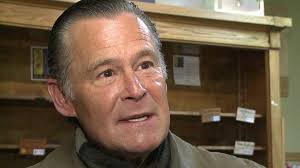 Ald. Bob Donovan is stirring up political hay again, contending that Milwaukee police had not increased patrols in the city despite a promise to do so by Mayor Tom Barrett.

Donovan recently announced that he will be challenging Barrett in the 2016 mayoral election.

During a press conference Donovan pledged to hire 150 more police officers. When asked how he would balance the city budget to pay for these officers, Donovan said he would find a way.

“If I had that control, it would get done,” Donovan said. “We would find the $15 million without a doubt.”

Police Chief Edward Flynn took exception to what Donovan said, Flynn did say he would not get into a “tactical argument with a candidate for mayor every time there’s a violent crime in Milwaukee,” and attacked Donovan by adding “over simplified statements require clarifying context and perspective.”

In August, Barrett said there would be an increased police presencein the city. But Donovan said he had been told by rank and file officers and members of the Milwaukee Police Association, which represents police officers, that there had been no increased patrols.

Donovan acknowledged he had not spoken with Flynn or chief of staff Joel Plant to check the accuracy of what he had heard from officers.

“We have and continue to use our overtime funds to fight crime with data-driven deployments in neighborhoods characterized as ‘hot spots,'” Flynn wrote. “All of our work — whether on overtime or straight time — is based on intelligence and data.”

“I’m sure that there are ‘police sources’ who are disappointed in the amount of overtime they’re able to earn this summer. This disappointment is a remnant of the way this department mismanaged its overtime budget prior to 2008,” Flynn wrote.

Barrett authorized the hiring of as many as 120 officers this year andrecently asked the Common Council to hire 15 more.