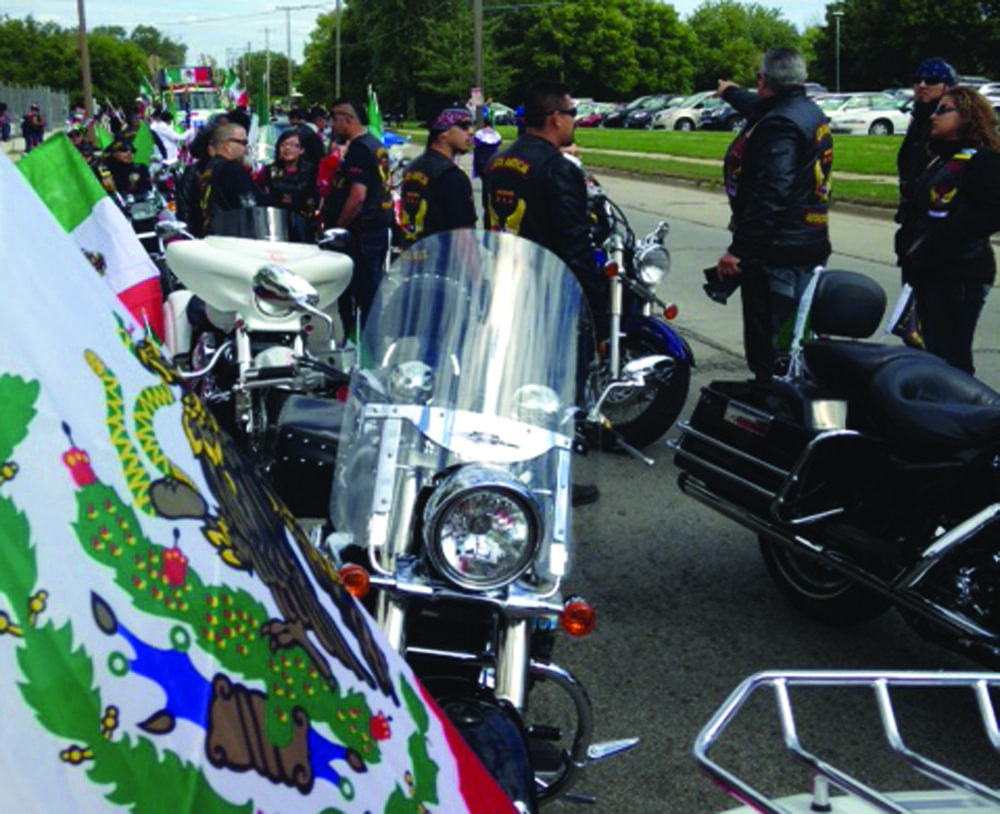 The 43rd UMOS Mexican Independence Day parade, featuring mariachis, motorcycles, low-rider cars, dancers, and dignitaries wound its way through the south side this past weekend.

Parade-goers and marchers were led by the American Legion and Latin American Motorcycle Association to the UMOS festival grounds at the UMOS corporate headquarters, 2701 S. Chase Ave.  UMOS, a non-profit that serves area Latinos, along with local businesses, sponsored the celebration of Mexican independence.

The parade celebrates what today is known as “El Grito” or “Cry” of Dolores was the Sept. 16, 1810 rallying cry by Roman Catholic Priest Miguel Hidalgo y Costilla, sparking the Mexican War of Independence against the Spanish colonial government.