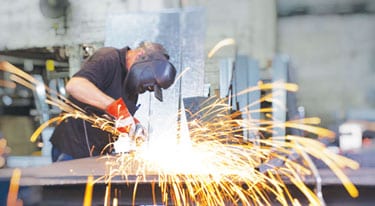 Is ‘Made In America’ Primed For A Comeback?

The decline in American manufacturing and the rise of products made in China have frustrated America workers and been fodder for political commentators for years.

But more recently, signs have emerged that a reversal of fortunes is in the making.

Rising labor costs in China have prompted many manufacturers to look elsewhere to produce their goods. Some upped their production in other Asian countries, such as Vietnam, but the stage also was set for many businesses producing overseas to return to the U.S.

Of course, some never left these shores TO BEGIN

“In many cases, companies can manufacture in the United States if they are willing to invest in automation,” says Susan Schlapkohl of InterVac Design (www.intervacdesign.com), which makes built-in vacuum cleaner systems for boats, RVs and small homes

“A lot of businesses were drawn overseas because they felt the cost-savings associated with foreign production made sense. Now that studies

show the cost gap between the United States and China is shrinking, they are starting to see the advantages of coming back home.”

Schlapkohl understood those advantages all along. She and her husband, Peter, an engineer who emigrated from Germany in 1964, were determined to keep InterVac’s production in the United States when they founded their company in 1998.

“We were certain that with our automation and design background, we would be able to make our VACUUM CLEANERS

in America using American workers,” Schlapkohl says. “We were right.”

Schlapkohl isn’t the only one who is high on America’s odds of rebounding on the manufacturing front.

The Boston Consulting Group, a global management consulting firm, said in 2011 that China’s manufacturing-cost advantage over the U.S. was shrinking rapidly.

The firm predicted then that within five years rising Chinese wages, higher U.S. productivity and other factors would “virtually close the cost gap between the U.S. and China for many goods consumed in North America.”

“We are starting to see that happening,” Schlapkohl says.

She says in her view, “Made in America” is more than just a slogan. It makes good business sense. She offers a few reasons why.

• Quality control. It’s much easier to maintain quality when you are overseeing the process yourself, rather than farming out the job to someone in a foreign country, Schlapkohl says. “In our case, we wanted to make sure we were shipping vacuum cleaners

that meet our standards as well as the standards of Underwriters Laboratories,” she says. “So we invested in automation, because that is the only way to deliver a consistent product at a competitive price.”

• Financial considerations. The rise in Chinese labor costs that made the wage gap less significant is just one factor that is making domestic production more enticing. SHIPPING COSTS also have jumped. Meanwhile, a reduction in domestic natural gas prices has helped keep electricity costs from soaring. “Also, when you are importing, you fight the battle of what product mix to bring in,” Schlapkohl says. “If you guess wrong, you end up with higher inventory

levels and that reduces profit because of slow inventory turnover.”

• Economic boost. Americans need jobs, so any time a company can keep them here rather than ship them overseas is a win, Schlapkohl says. Those jobs help boost the overall economy, she says, which improves business for everyone.

“For anyone who says manufacturing companies can’t compete if they don’t go overseas, my response is simple,” Schlapkohl says. “At InterVac, we’ve been making our products in the United States for 17 years. So don’t tell me it’s not possible.”